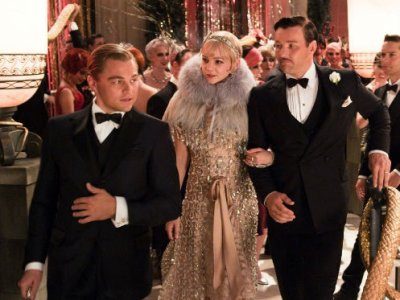 What Gatsby indeed, Carey Mulligan. As you could probably tell from my post about Fitzgerald’s ledger, I am a little bit nutty for the bard of the Jazz Age. Perhaps because I live in LA, or just because I feel prematurely old, I identify with the washed-up Hollywood Scott more the cocky young playboy of the early 1920’s, but it goes without saying that the work Fitzgerald produced from 1920 to 1934 was a whole hell of a lot better than what he wrote once he relocated to the west coast. Fitzgerald’s best work came out during a stretch when Americans were churning out poetry and fiction that changed literature forever. Here’s a partial list:

There was a bunch of other amazing stuff written by Americans during this period, and obviously my own prejudices inform the above list (I’ll cut a man who tries to tell me Faulkner didn’t pwn 1929-1936). But missing from this list is the best novel ever written by an American: The Great Gatsby. Smart people disagree with me about this, and that’s fine. If you want to say Absalom, Absalom! is the tops, I won’t argue. If you try to tell me Moby Dick is, I’ll take you seriously. But come on. The Great Gatsby does more in 200 pages than most writers accomplish in entire careers. Just read this:

For Daisy was young and her artificial world was redolent of orchids and pleasant, cheerful snobbery and orchestras which set the rhythm of the year, summing up the sadness and suggestiveness of life in new tunes. All night the saxophones wailed the hopeless comment of the Beale Street Blues while a hundred pairs of golden and silver slippers shuffled the shining dust. At the gray tea hour there were always rooms that throbbed incessantly with this low, sweet fever, while fresh faces drifted here and there like rose petals blown by the sad horns around the floor.

Through this twilight universe Daisy began to move again with the season; suddenly she was again keeping half a dozen dates a day with half a dozen men, and drowsing asleep at dawn with the beads and chiffon of an evening dress tangled among dying orchids on the floor beside her bed. And all the time something within her was crying for a decision. She wanted her life shaped now, immediately — and the decision must be made by some force — of love, of money, of unquestionable practicality — that was close at hand.

That force took shape in the middle of spring with the arrival of Tom Buchanan. There was a wholesome bulkiness about his person and his position, and Daisy was flattered. Doubtless there was a certain struggle and a certain relief. The letter reached Gatsby while he was still at Oxford.

I have probably taught The Great Gatsby more than any other novel in my teaching career, and every time I try to impress upon my students just how little the novel has to do with love. It’s a story about horny, ambitious young people who use other people like drugs. For Gatsby, Daisy is merely a necessary part of the dream of himself he made up as he rowed out to Dan Cody’s yacht. For Tom, she’s a necessary part of the maintenance of his position in the Social Darwinist order. And for Daisy, Gatsby, Tom, and the other half dozen men are just ways to feel desired, secure, and valuable.  The image of the “beads and chiffon of an evening dress tangled among dying orchids” on Daisy’s floor captures it all, and I think that image might be my favorite in all of American literature.

The less that can be said of Baz Luhrmann’s new adaptation, the better. Others have already panned it, so I will simply add this: while Luhrmann’s Gatsby predictably features some nice party scenes, it doesn’t think enough of its viewers to let them figure out what the “beads and chiffon of an evening dress tangled among dying orchids” mean. The film is like Sparknotes come to life, as the characters mouth awful bits of invented dialogue that tell us what we should be taking away from each scene. And don’t get me started on Nick. In Luhrmann and Tobey Maguire’s incapable hands, Nick Carraway is transformed from one of the great mysteries of American literature into a simpering, sycophantic pud. Read or reread the book instead of seeing this triviality.

One thought on “Gatsby? What Gatsby?”